MARGARET PETHERBRIDGE FARRAR (February 15, 1942–January 5, 1969)
The first crossword editor for The New York Times, Margaret Farrar started off as a secretary at The New York World, which published a Sunday crossword puzzle.[1]  The crosswords there were being put together haphazardly, so she was soon made their editor, even though she had never before solved a crossword puzzle herself.[2]  She took to crosswords immediately and was soon editing puzzle books for Simon & Schuster.[3]  In 1942 she joined The Times as editor of the Sunday Magazine's puzzle page.[4]  On September 11, 1950, the first daily puzzle appeared in The Times.[5]  Dubbed the Queen of Puzzledom, Margaret Farrar was a passionate and encouraging editor who provided solvers with countless hours of entertainment.[6]

WILL WENG (January 6, 1969–February 27, 1977)
Originally a reporter for The New York Times, Will Weng was an occasional constructor of crosswords for the Times Sunday Magazine when he was hired to replace Margaret Farrar upon her retirement.[7]  He "brought a different style of puzzle into vogue," one that included puns, rebuses, and other humorous gimmicks.[8]  He stayed active in the puzzle world after retiring, editing puzzles for Times Books and helping to start the Crosswords Club, the first provider of crossword puzzles by subscription.[9] 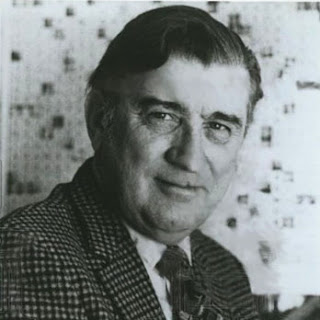 EUGENE T. MALESKA (February 28, 1977–September 5, 1993)
An English and Latin teacher, as well as New York City Assistant Superintendent of Schools, Eugene Maleska took over the Times crossword editorship when Will Weng retired.[10]  As editor, he drew upon his broad classical and factual knowledge and introduced new puzzle forms, including the stepquote, involving the use of quotations.[11]  He also edited puzzle books for Simon & Schuster and wrote several books about words and crosswords.[12] 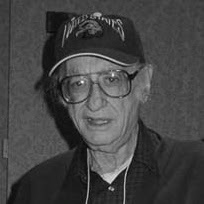 MEL TAUB (Interim Editor; September 6, 1993–November 20, 1993)
Appointed interim editor upon Eugene Maleska's death, Mel Taub was a former life insurance company executive and longtime constructor of humorous puzzles.[13]  Starting on Labor Day, September 6, Mel Taub was the interim editor, although there was no editorial byline listed in The Times until September 20.[14]  He also edited the August 29, 1993, puzzle by Tap Osborn, which was a last-minute replacement for a Maleska-edited puzzle that had to be quickly replaced because of an uncorrectable spelling mistake (OTTOWA instead of OTTAWA) where two long theme entries intersected.[15]  In addition, Mel Taub ghost-edited three weeks of puzzles for Maleska, whose byline remained.[16]  One week, during which Taub edited just the daily puzzles, was when Maleska wanted to take an extended vacation and asked Taub to fill in; the two-week stint, during which Taub edited the daily and Sunday puzzles, occurred when Maleska was going in for major surgery and needed help.[17]  Mel Taub served as interim editor until Will Shortz took over as permanent editor on Sunday, November 21, 1993, and a new era of Times crosswords began.