1953 and 1952 Puzzles Up, Todd Gross on Betty Jorgensen and William J. Yskamp, and XWord Info Powwow

Great news:  Even though it's been a very busy travel month, the 1953 and 1952 puzzles are now up on XWord Info, thanks to Jim Horne!  Only one more complete year—1951—before we get into Sunday-only puzzles, which means I should be able to make faster progress getting them ready.  I'm still hoping to have all of them done by the end of the summer (which, luckily for me, goes until mid-September!).

I've been meaning to catch up on some more of Todd Gross's great research into pre-Shortzian constructors, starting off with his findings on Betty Jorgensen.  Betty published 69 puzzles in the Times under Eugene T. Maleska and 8 during the Shortz era.  Todd writes:

In my never-ending search for pre-Shortzian constructors, I decided to try looking up Betty Jorgensen.  An S&S puzzle of hers mentions Oregon, so I used that to try and find her.

Well, I found a Betty Jorgensen in Portland, born in 1919 and passed away 2008.  I was able to find her obituary on the Oregonian web site....

Alas, the obit made no mention of crosswords, which is odd considering how many she published.  So I can't be sure I have the right person.  I've found other Betty Jorgensens, but they aren't in Oregon and don't seem to be good candidates.  I have found out a fair amount about this Betty Jorgensen...but, again, nothing tying her to crosswords.  But she wrote poetry, which seems fitting.


I agreed with Todd that this may not have been the right person, because her crossword activity would almost certainly have been mentioned in an obituary.  So I decided to hunt around some more and found a link to Betty Jorgensen and crosswords in Eugene, Oregon.  I then Googled Betty Jorgensen and Eugene, Oregon, and found a recent obituary for a Robert DuBois Jorgensen, who was survived by various relatives, including a daughter, Laura Anne, who lives in Eugene and his mother, "Mary Elizabeth 'Betty' Jorgensen"; his father was also named Robert.  After a couple of other searches that didn't lead to anything, I Googled Robert Jorgensen and Betty Jorgensen together and found an obituary for a Robert Jorgensen of Monticello, Illinois, who died in 1988 and was survived by his wife, "Mary E. 'Betty' Jorgensen," also of Monticello.  I did a few more searches but didn't find anything more. My guess is that the Betty Jorgensen from Portland was not the crossword constructor but that this "Betty" (really Mary Elizabeth) is and is now living in Monticello, Illinois.  Following up with her granddaughter in Eugene would seem to be the next logical step.


While I haven't found the smoking gun connecting him to crosswords, I feel pretty sure the constructor is William James Yskamp, born in 1930 somewhere in New Jersey and, alas, passed away in 2007 in Oakland, CA.  I haven't seen his obituary, though it looks like I can get a copy from the Oakland Library (for a price).  There are other William Yskamps, but they don't have the J initial and the dates aren't right.

And I found this photo from his high school yearbook that seems to indicate he's the sort of person who could be a successful constructor.

What Todd found sounded very promising, and I agreed that this was likely the crossword constructor, so I did some more research.  I found this obituary of William in the April 2008 issue of Colby [College] Magazine:

More Googling led me to an Amanda Yskamp, who is also active in writing and science and is listed by Amazon.com as the co-author of book of short stories for young adults, Suddenly Lost in Words, Volume 2. 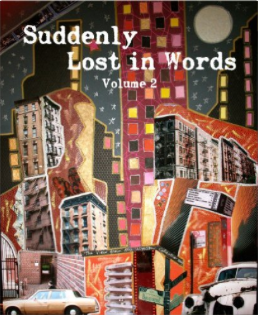 I also found a 2003 obituary for a Delia Yskamp that linked all three Yskamps—William was the father of Delia and Amanda (and a third sister, Lis [ed.:  Claire Yskamp informed me in November 2015 that this sister's name is Lise, not Lis.]).  So the circumstantial evidence points very strongly to Todd's yearbook find being the right person.  Thanks so much again, Todd, for this fantastic research!

I've been gone for much of the past month on couple of long driving trips, one to Vancouver for the National Puzzlers' League convention.  On my way there, I passed through Seattle, where I had an awesome lunch with Jim Horne and Jeff Chen (and Jeff's budding cruciverbalist baby daughter, Tess!)!  Here are some photos from this XWord Info culinary powwow:

Thanks so much again, Jim and Jeff!
Posted by David Steinberg at 10:55 AM