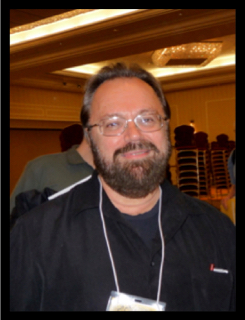 Merl Reagle—an inspiration, friend, and crossword legend in the pre-Shortzian and Shortz eras—died unexpectedly today at the age of 65.

My first introduction to Merl was in the movie Wordplay, which I originally saw when I was ten.  It was amazing watching him construct a puzzle by hand, and I couldn't wait to build one myself!  I presented what was probably my very first crossword as my fifth-grade "affinity project" and in the upper lefthand corner wrote:  "Source of information:  Wordplay movie." 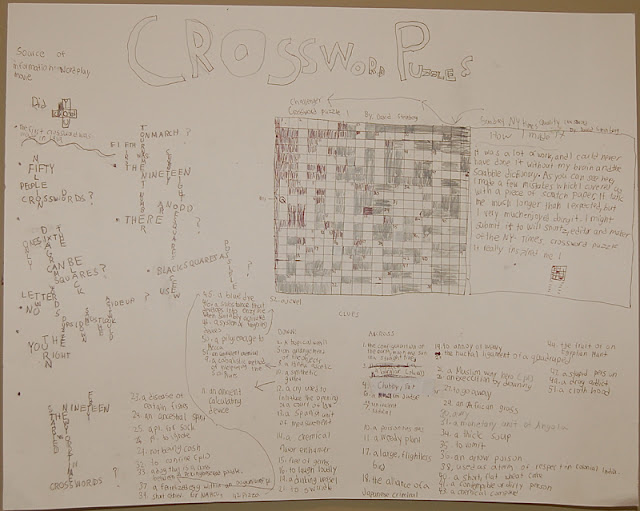 Four and a half years later, I met Merl in person at the 2012 American Crossword Puzzle Tournament, which was my first ACPT.  He was so nice—even though he was a huge crossword celebrity, he was still excited to talk to me about everything crosswords!  I remember buying one of Merl's books that year, which he inscribed "To David—No speed solving!"  He made a mini-crossword out of BEST/WISHES and then graced the book with his signature.  Merl's crossing of BEST and WISHES inspired me to autograph things in a similar way:  by crossing DAVID and STEINBERG at the I.  I've seen Merl at many other tournaments since then, and it's hard to envision a tournament without him.  I always went up to Merl each time to tell him which crossings in his tournament puzzles gave me fits, and he would just laugh and tell me to keep solving!


But perhaps my clearest memory of Merl was at a lunch we had when he came to give a talk Loyola Marymount University in Los Angeles.  I had a Latin convention the day of his talk and so couldn't go see him (though luckily my parents went and recorded the entire thing for me!), but we arranged to meet at Louise's Trattoria, one of his favorite restaurants in the Larchmont Village area.  I was thrilled to have a chance to sit down with him and trade stories about the pre-Shortzian era, constructors, editors, and the future of crosswords.  Always entertaining, Merl didn't pull any punches about anything and told me he hated the project's name, which he felt should have been something like "The Early New York Times Crossword Project"!  It was an absolutely delightful couple of hours, and he told me to come have lunch with him again if I was ever in Florida—"any place, any time!"  At the end of the meal, we had an anagram face-off—if my memory serves me correctly, we were pretty even, until I somehow managed to stump him at the end.  On the way back to our cars, we passed a street called Lucerne, so I challenged Merl to anagram LUCERNE + A . . . and finally got him!  That said, Merl is and always will be the anagram master, and I'm sure he would've stumped me many times over if we'd continued playing.


In addition to being an incredible wit, Merl was also one of the kindest people I've ever met.  He went out of his way to congratulate me about several of my New York Times and Los Angeles Times crosswords—it was always such a thrill to receive an e-mail from him!

I'm going to miss you a lot, Merl.  And I hope wherever you are now has a large supply of graph paper!
Posted by David Steinberg at 12:59 PM